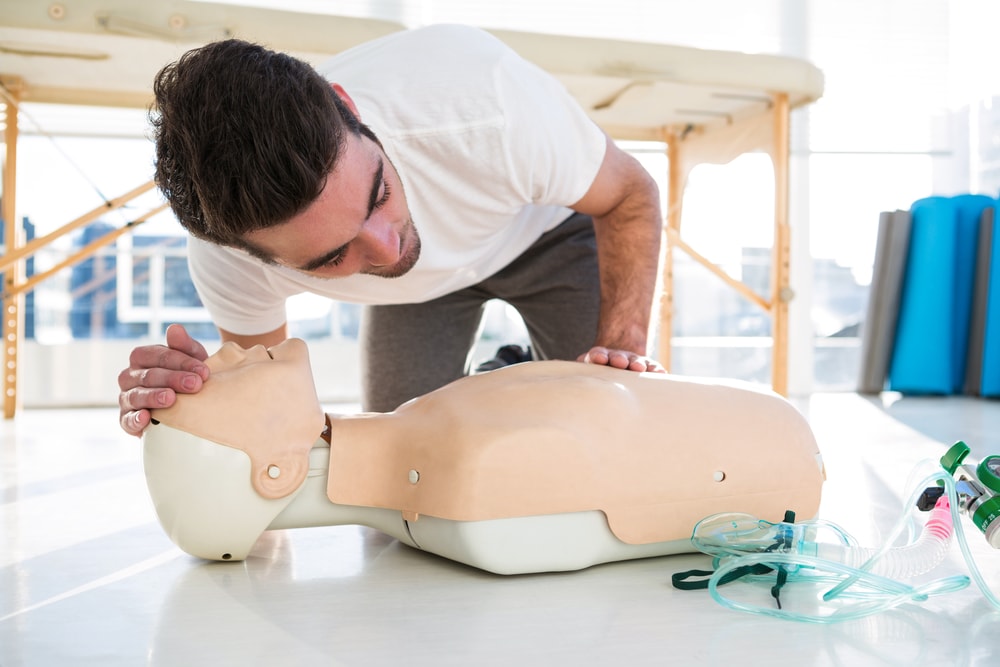 It is always beneficial to have someone around that has been trained in First Aid in case someone has injured themselves in the workplace or at home. First Aid goes much further than just being able to apply a bandage correctly or make sure the First Aid kit is stocked. First aid training is saving Australian lives every year, but not as many as it could if more people had the proper training.

First Aid is always for those “just in case” moments, and that moment came for colleagues Shaun Felton and Nicole Frank at their workplace, Budget Rent-a-Car in Melbourne, Australia.

At the end of a working day, Shaun heard a strange noise from another room. After calling for Nicole and hearing no response, he went to go check on her only to find her unresponsive on the floor. Nicole had suffered from cardiac arrest.

Shaun sprang into action with his First Aid skills. He first checked for signs of breathing and a pulse – something he felt neither of. He rang for emergency services and kept them on speaker phone while he performed CPR. Shaun kept going with the CPR until paramedics arrived three minutes later. They took Nicole to the hospital where she recovered.

One of the paramedics spoke out about Shaun’s actions that day, saying that he had “saved Nicole’s life” and presented him with a certificate of commendation.

Nicole, who can’t remember anything that had happened, has dubbed Shaun her “hero” after coming to her rescue that day.

It was thanks to First Aid and CPR training that Shaun knew how to approach the situation in a safe manner and quickly.

Time is of the essence when it comes to delivering emergency First Aid. For cardiac arrests like Nicole suffered, chances of survival are doubled or tripled if CPR is administered within the first minutes. It was thanks to Shaun’s knowledge of what to do right away that helped save her life. The same could be said of other medical emergencies such as serious cuts, burns, choking, and more.

We have all seen CPR given, even if it had been on television, but you shouldn’t rely on things you have just seen. We all may be eager to help someone in need, but if First Aid is administered the wrong way, you could be doing more harm than good. First Aid training will give you the right steps to take in various situations.

First Aid isn’t just about saving lives either but making people feel safe and comfortable until help arrives. A person doesn’t need to be in critical condition to need First Aid, but someone with a First Aid qualification can contribute to reducing the effects of injury while waiting for help to arrive. This can be the difference between a bad situation and a critical one.

Nobody anticipates these situations occurring, but thanks to having First Aid and CPR knowledge, people like Shaun save lives when they happen. Be sure to get yourself certified and refresh it every few years to be up-to-date on the techniques used to help people in vital moments of need.

Shaun and Nicole’s story was published by the Herald Sun here.